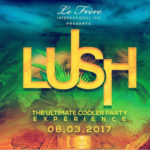 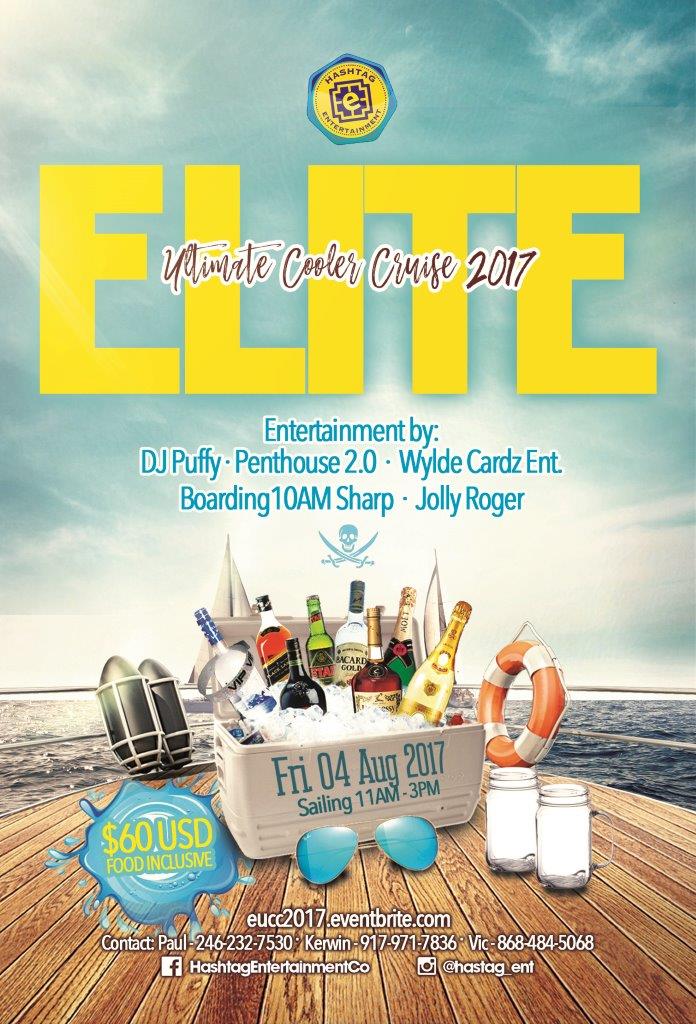 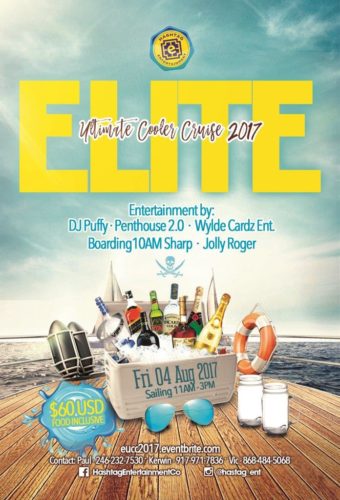 Elite Ultimate Cooler Cruise (EUCC) is probably the most underrated event for the Crop Over season, although I have a feeling this is about to change very soon! This is another cooler fete but it is on a boat. It’s like combining the two best fete components into one – you’re on a boat ride but you are your own bartender! This is a win-win all around!

Tickets were easily purchased on Eventbrite plus lunch and a snack was included for an ideal fete ticket price of $60. I went on EUCC’s first cooler cruise in 2013. The numbers were sparse but I had a great time on the Jolly Roger with Hashtag Entertainment. Awesome DJs, lunch was included (completely unexpected), drinks were flowing and the people on the boat were like family by the end of the cruise. In 2017, I got a branded cup along with the perfect Hashtag cooler bag, a Hashtag Entertainment tattoo (temporary), the number of attendees has quadrupled and it was even better this time around. It was just like 2013 except the family was bigger meaning the vibes had increased ten-fold. Don’t believe me? Check out this live video on their Facebook page here and see for yourself!

Venue: Elite Ultimate Cooler Cruise 2K17 was held on the Jolly Roger. The staff on the boat was helpful and the facilities were in good shape with ample places to sit and eat your lunch when the time came. The dock where it leaves is located right in the downtown area of Bridgetown so it’s easy to get to.

Bar: It’s a cooler fete so you are the bar! If you started running low on ice, you could purchase a bag on the boat. I stuck with my Johnnie Walker and ginger ale with a couple of Stag beers thrown into the mix (in the bottle, not the can). Cooler fetes = best fetes! You can get stink and dutty drunk or take a little sip and get a little buzz. The sky is the limit!

Food: The food on EUCC was okay. Each attendee got a plate of rice and peas, macaroni pie, garden salad, coleslaw and a choice of chicken or fried fish. Now I adjust my food expectations based on where I am so this is not a snobby food review. The food was underwhelming was all. The best part was the coleslaw. As we departed the boat after the cruise ended, each person got a cup of corn soup #Score! This saved the day for me since I didn’t eat much of the food on the boat.

Music: The DJs on Elite Ultimate Cooler Cruise 2017 were on another level! The 2016 Red Bull Thre3Style World Champion, DJ Puffy, closed out the fete like no other! Not only did they have a heavy rotation of the 2017 Crop Over tunes but also played soca and calypso hits that ranged from the late 90s to present day. They even had a riddim section towards the back of the boat from Iz A Vybe that added to the musical selection on the boat!

Ultimate Fete Factor™ (UFF): The Iz A Vybe rhythm section on Jolly Roger coupled with the rum sno-cones before boarding were the UFFs for Elite Ultimate Cooler Cruise 2K17! All of the members from Hashtag Entertainment were highly visible on the boat, partying with attendees. Their consistent presence made it seem more of a family affair than your typical fete. Add this one to your 2018 Crop Over fete lineup and book your ticket at www.eucc2018.eventbrite.com!